Lola Akinmade Akerstrom is a Nigerian – American based in Sweden and is an award-winning author, speaker, and photographer. This book certainly has the Netflix series feels, and I loved it. The story and plot gripped me from page 1.

Set mostly in present-day Sweden, Akerstrom introduces her three main characters around whom the plot revolves. Kemi, Brittany, and Muna.

Kemi is a talented Nigerian American with a very strong-willed character. She is also a marketing CEO in a top US firm but is later headhunted and poached by a globally recognized Swedish marketing firm. She is a twin, and her story unfolds around inner struggles with esteem, her body, and occupying space as a person of color in a predominantly white country. Kemi is caught up in a myriad of situations, trying to prove her worth to men mostly, her workmates, and herself. She grapples with creating strong bonds and friendships because no one matches her intensity or understands her need for affirmation, while men often ogle over her curves. Kemi’s story, however, continues to unravel quite beautifully.

Brittany, a Nigerian American flight attendant and retired model who, ultimately leaves her four-year long relationship with Jamal to marry a wealthy Swedish man she had known for six months. In the long run, she surrenders her life in America and relocates to Sweden, gives birth, and becomes the wife of the wealthy Swedish Director. The latter hired Kemi as a Diversity Executive in his company. The plot twist around Jonny’s obsession with Brittany that Akerstrom weaves in expertly will have you filling in the blanks of their romance from the onset of the attraction.

Muna is a Somali refugee who loses her mother and brother on a voyage to Sweden. She is placed with other refugees from different countries in an asylum and finds her footing amongst them. Muna falls in love with a Kurdish man that commits suicide because of the frustration of losing his entire village and being assimilated into a country that cared less about his kind. Muna is granted citizenship and relocated to downtown Sweden to start a clean slate. Leaving the past behind her and carrying memories of her dead family and lost love, Muna is constantly under scrutiny for wearing her hijab and tobe. Her life revolves around earning from cleaning and washing dishes until she meets an older woman interested in her welfare and pursuit of a more reputable course, accounting. Just when her hope of love and belonging are restored, Gunhild passes on and leaves her alone. The loneliness and pain from loss cause her to ultimately take her life.

I love that Akerstrom uses a strong race theme while describing her characters’ stories, inclusive of the sexualization and fetishization of black women quite boldly. She points out struggles of loss, pain, autism and mental health challenges that, if not addressed in the formative ages of a child, ultimately result in a miserable state of affairs. In her author’s note, Akerstrom reiterates that the essence of her book is to depict African women as vulnerable and in need of tenderness as well. The conjecture of portraying black women as strong and resistant is a myth whose reality must be faced. She advocates for support to those in foreign lands that are lost and need support.

If you’re one to enjoy a good read and plot twist, then Akerstrom’s prose is for you.

Let me know what you think once you get round to reading it, or if you’ve read it before; what were your thoughts? 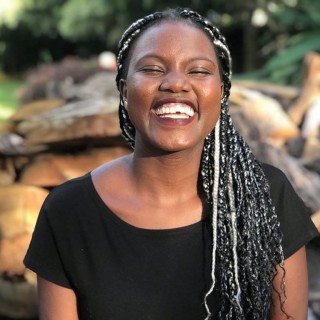